Week 6 of 'The 50' is live in Madden Ultimate Team, featuring Julio Jones, Daunte Culpepper, and Albert Haynesworth. Julio Jones is a Route Runner WR Archetype with notable ratings of 91 SPD, 93 JMP, 92 SPC, and 92 SRR. Daunte Culpepper is a Strong Arm QB Archetype with just enough speed to keep the defense on their toes. His Stacked version has 85 SPD, 93 THP, 90 DAC, 90 RUN, and 89 SAC ratings. Albert Haynesworth is a Run Stopper DT Archetype with 74 SPD, 93 STR, 91 BSH, 91 TAK, 90 PMV, and 90 POW ratings. Check out all of the new Players, Sets, Challenges, and Store items released today with 'The 50' below: 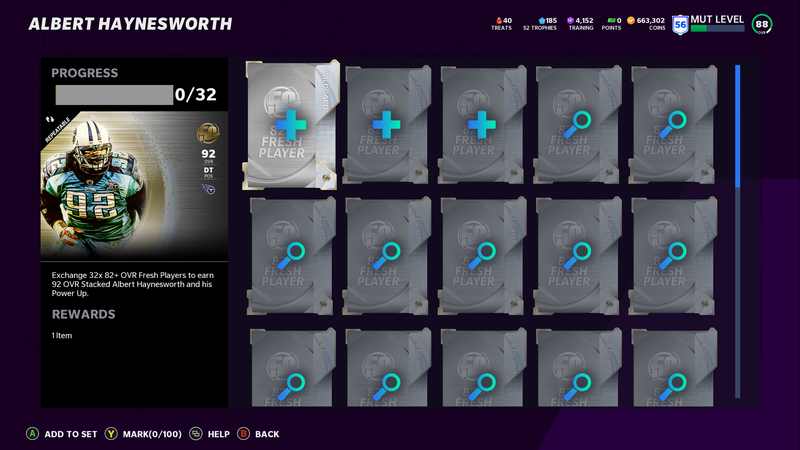 Play moments from the careers of this week's players that were selected for 'The 50'. If you earned the 40 possible Stars from Weeks 1-5, you can earn a NAT Fresh Week 6 Player by completing the following 6 challenges: 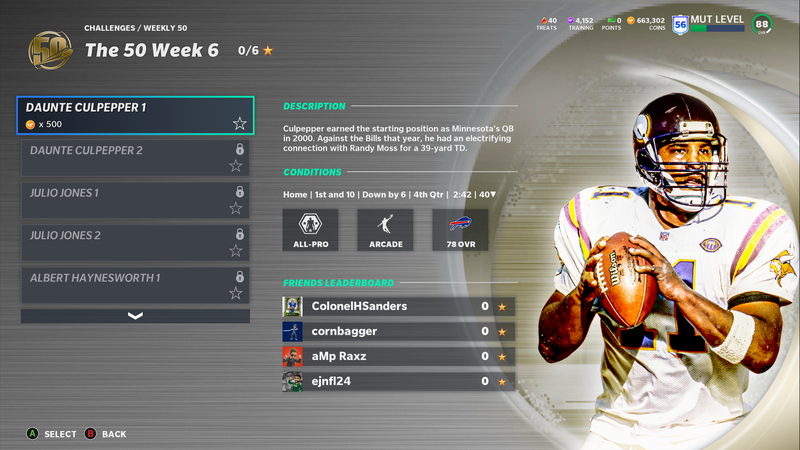 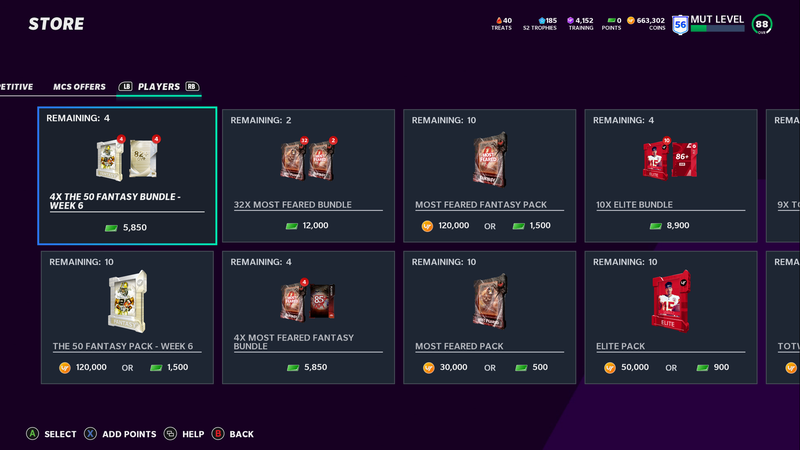 What are your thoughts on this week's release of 'The 50'?