Week 5 of 'The 50' Program is live in Madden Ultimate Team, featuring Jevon Kearse, Orlando Pace, and LaDainian Tomlinson. Nicknamed "The Freak" for his incredible athletic ability on the gridiron, Jevon Kearse is just as freaky in MUT with his 87 SPD at LE, making him easily the fastest currently available at his position. In addition to his crazy speed, Kearse is a Speed Rusher DE with 91 FMV, 91 PUR, 91 ACC, and 88 TAK ratings. Orlando Pace is someone any Madden veteran should recognize from his years as one of the top offensive linemen in the game. He is a Pass Protector OT with notable ratings of 92 STR, 92 PBK, 91 PBP, and 90 PBF. LaDainian "LT" Tomlinson is another name Madden vets should recognize from his many dominant years in the game. He is an Elusive Back HB with 91 SPD, 92 COD, 92 ACC, 92, AGI, and 90 JKM ratings. Check out all the new Players, Sets, Challenges, and Store items released today with 'The 50' below: 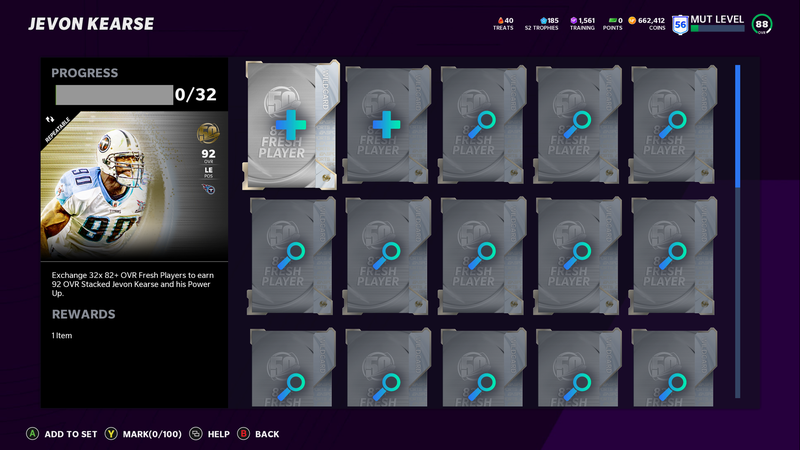 Play moments from the careers of this week's players that were selected for 'The 50'. If you earned the 34 possible Stars from Weeks 1-4, you can earn a NAT Fresh Week 5 Player by completing the following 6 challenges: 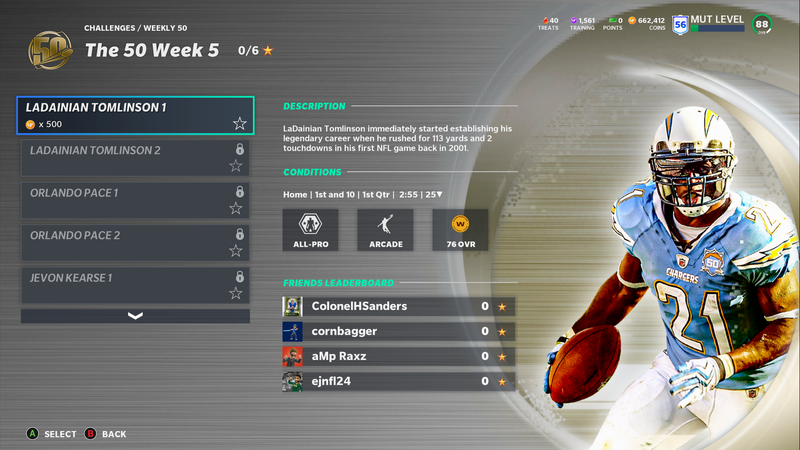 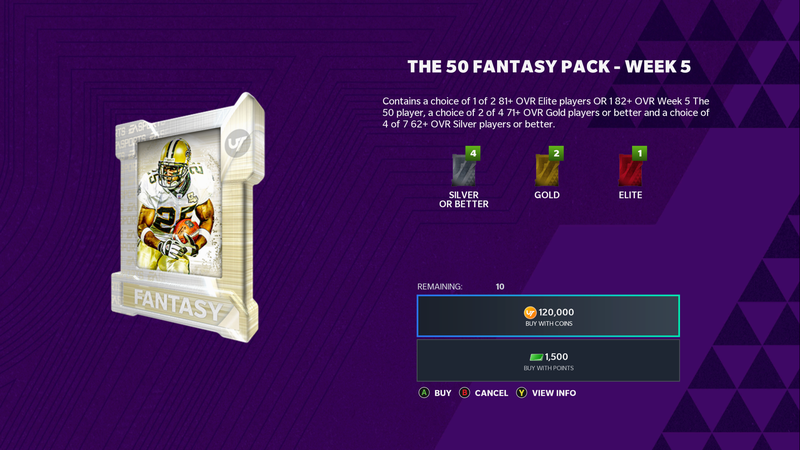 What are your thoughts on Week 5 of 'The 50'? Let us know in the comments below.