Week 3 of 'The 50' Program is live in MUT, featuring Dominique Rodgers-Cromartie, Brett Favre, and Steve Hutchinson. DRC is well-known in Madden Ultimate Team for his unique combo of size (6'2''), speed (92), man coverage (91), and press (91). If you're someone who plays a lot of man coverage on defense, this is your guy! Brett Favre is always a community favorite due to his strong arm and gunslinger mentality. Favre's Stacked version has notable ratings of 93 THP, 91 RUN, 91 TUP, 90 SAC, and 89 DAC. Steve Hutchinson has anchored many offensive lines over the years in MUT and we're anticipating the same this year as well. Hutchinson's Stacked version boasts ratings of 92 STR, 92 RBK, 92 RBP, 92 IBL, and 91 LBK. Check out all the new Players, Sets, Challenges, and Store items released today with 'The 50' below:

For previous news articles for 'The 50' program, click the following: Week 1 | Week 2 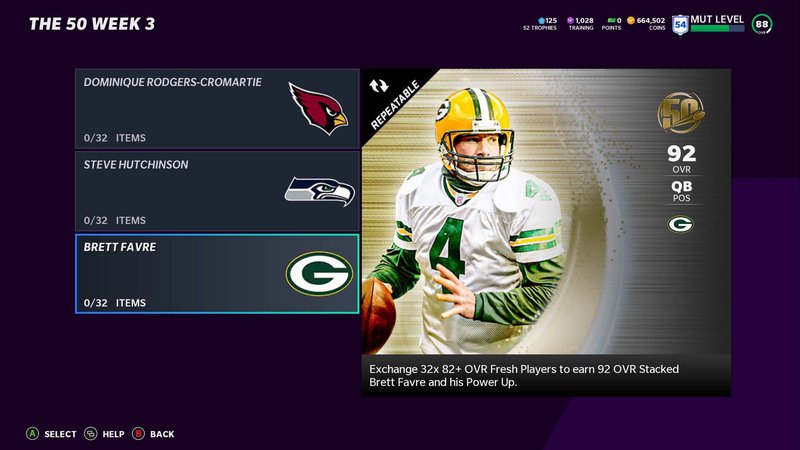 Play moments from the careers of this week's players that were selected for 'The 50'. If you earned the 22 possible Stars from Weeks 1 and 2, you can earn a NAT Fresh Week 3 Player by completing the following 6 challenges: 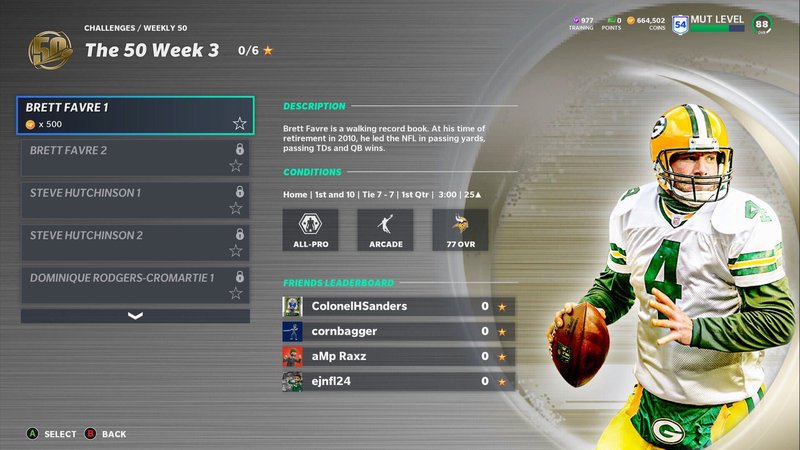 What are your thoughts on the players selected for Week 3 of 'The 50'? Let us know in the comments below.