Week 4 of 'The 50' Program is live in Madden Ultimate Team, featuring Vernon Davis, Patrick Willis, and Antonio Cromartie. With an 88 SPD rating, Vernon Davis is now the fastest TE in MUT. Along with great speed, Vernon Davis's Stacked version has 87 CTH, 87 CIT, and 87 SPC ratings. Like Vernon, Patrick Willis enters MUT today as the fastest available at his position with 89 SPD! In addition to his speed, Stacked Willis also boasts 91 ACC, 90 TAK, 90 PRC, and 90 POW ratings. Like his cousin (DRC) who released last week, Antonio Cromartie is a great man coverage corner due to his combo of size and speed. Cromartie's Stacked version has noteworthy ratings of 91 SPD, 92 MCV, 92 PRS, and 92 JMP. Check out all the new Players, Sets, Challenges, and Store items released today with 'The 50' below: 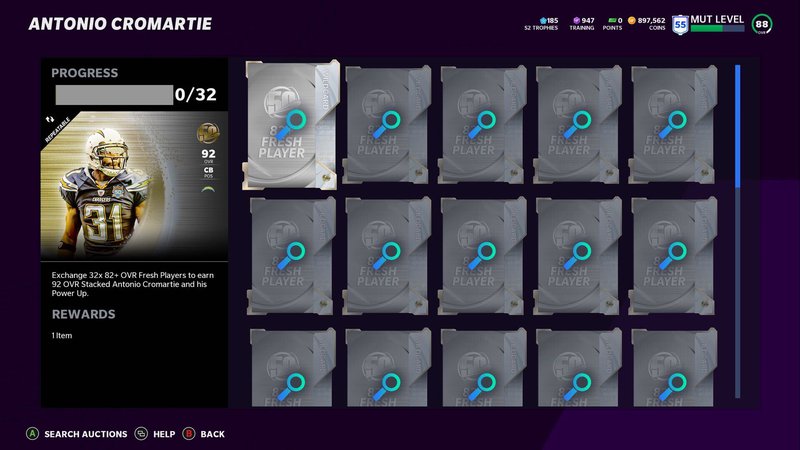 Play moments from the careers of this week's players that were selected for 'The 50'. If you earned the 28 possible Stars from Weeks 1-3, you can earn a NAT Fresh Week 4 Player by completing the following 6 challenges: 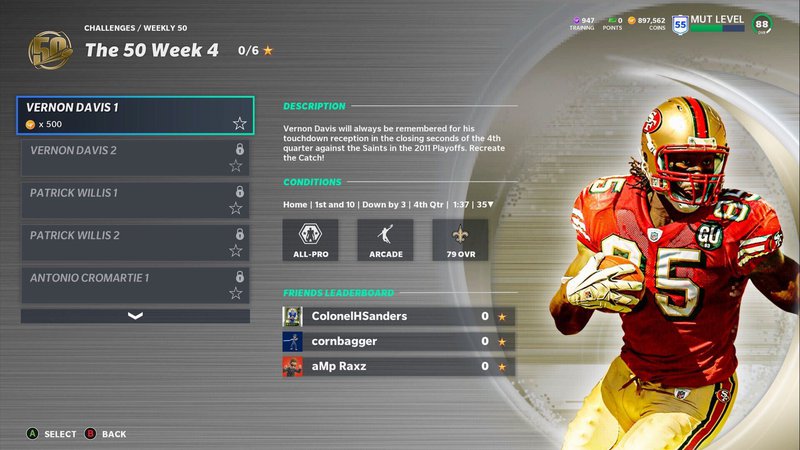 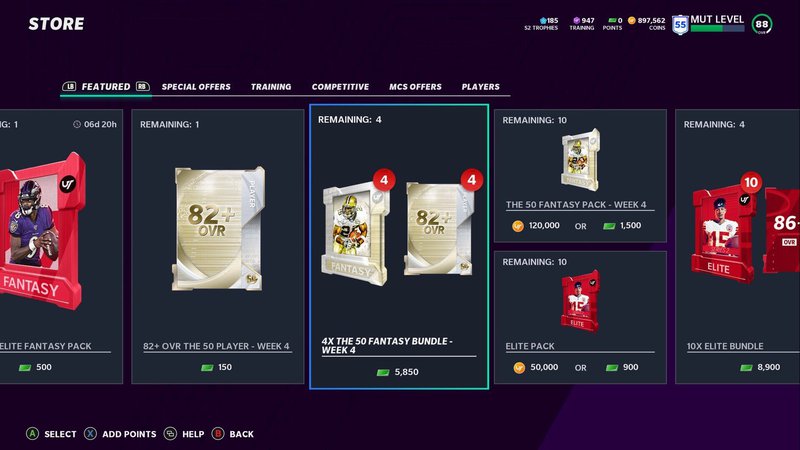 What are your thoughts on 'The 50' Vernon Davis, Willis, and Cromartie?