Team of the Week 9 has been released in MUT, featuring LTD Melvin Gordon III, Player of the Week Josh Allen, and Heroes Matt Birk and James Harrison. Josh Allen takes home this week's Player of the Week honors after leading the Bills to a 44-34 win over the Seahawks. In the game, Allen was 31/38 for 415 passing yards, 3 passing TDs, and 1 rushing TD. Don't forget to play your Game of the Week Challenge before it expires on 11/17 at 10:30 AM ET to earn a TOTY token needed for the TOTY set that releases in January (14 out of 17 tokens required). Check out this week's TOTW items and their full ratings below:

Player of the Week: Josh Allen
Earn 92 OVR Josh Allen by completing his set that requires the following:

Offense Hero: Matt Birk
Earn 92 OVR Matt Birk and his Power Up by completing his set that requires the following: 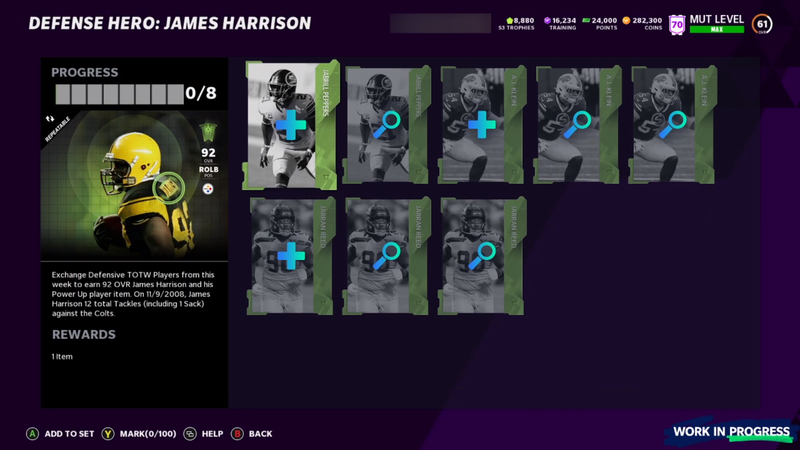 What are your thoughts on this week's TOTW? Let us know in the comments below.