So my choices of music references for the Sugar Rush program were either I Want Candy or that SugarCrash TikTok song. I'm a 31 year old man who decided those were the two references I could come up with...coooooool. The Sugar Rush program is live in Ultimate Team and there is A LOT of information to parse through. I captured as much info as I could from the GMM stream and tried to put it in bullet point form. Let me know in the comments if it is too much or too little information, and what needs to be added in future program release articles. Without further ado, grab your Easter baskets and lets dive into the Sugar Rush program! 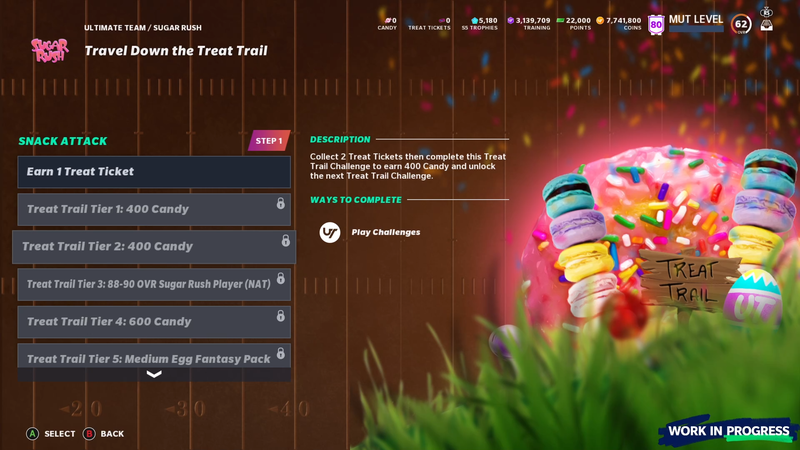 These items are available now in game and in packs. 23,000 candy can be exchanged for a 96 OVR Sugar Rush Fantasy Pack. You can also exchange 8,200 training or 230 Series Trophies for an 88+ OVR Sugar Rush Player 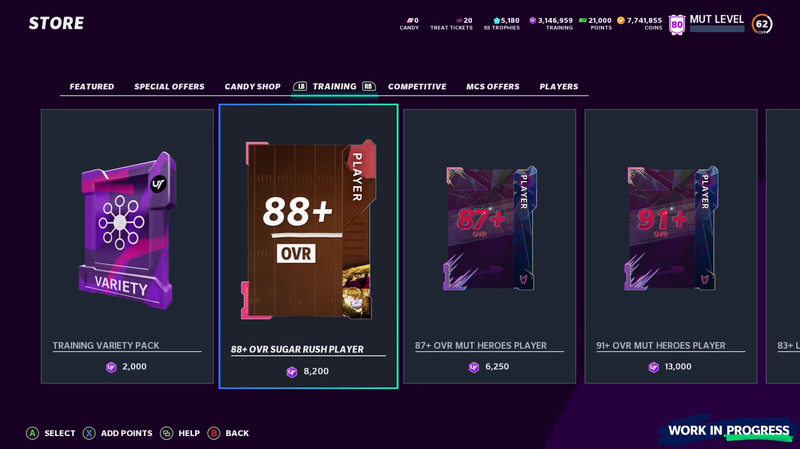