Series 5 was added to Madden Ultimate Team today which includes new level rewards, player items, sets, solos, alternate uniforms, and missions. The maximum MUT level has been increased from 80 to 90 and all Series 4 Trophies have been converted to Series 5 Trophies (100 S4 Trophies=50 S5 Trophies). A new Collectible for Coach Madden can be found in the Store for 1,000 Series 5 Trophies (7 total). Check below for a breakdown of what's new in each category:

The following rewards are unlocked at each level:

MUT 20 Master Pat Tillman can now reach 97 OVR. Tillman can be upgraded if you have both the Image and Border Tokens or by spending Training. 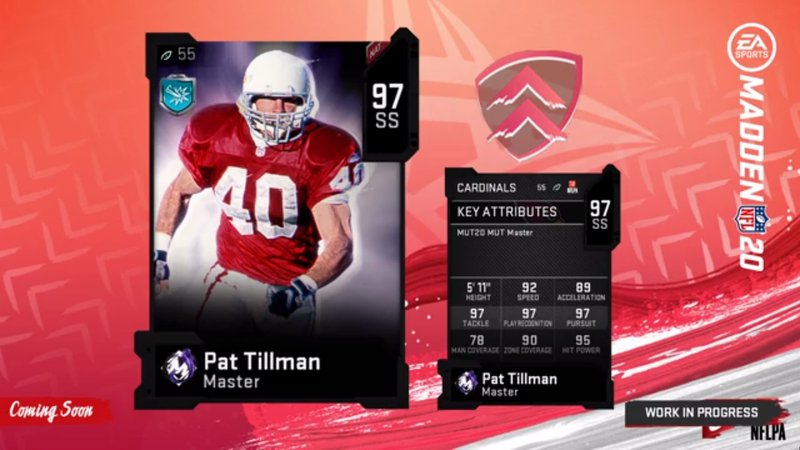 The following new Power Up items have been added to Ultimate Team in Series 5:

The following new sets have been added to Ultimate Team with Series 5:

Eric Dickerson's Superstar X-Factor will start and stay on, but instead of it turning off when you tackle him for a loss it will now be after 5 downed plays (including special teams). Due to this change, EA has released the following sets to allow you to exchange his item if you desire (only available for 1 week): 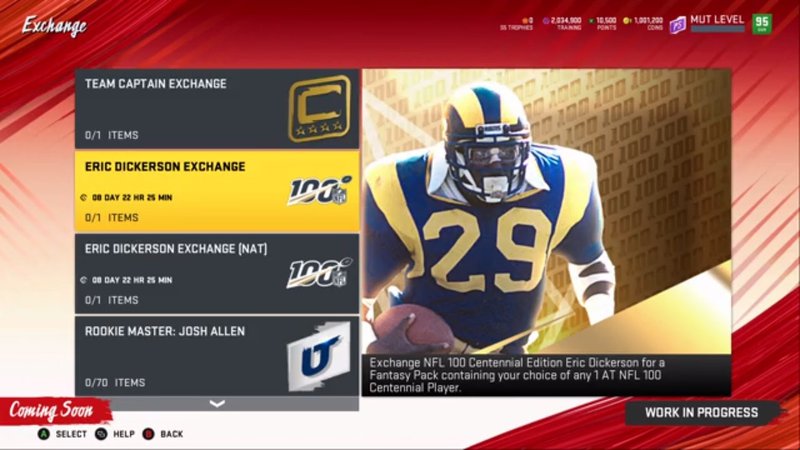 There are two new solo sequences available in the Level Challenges section:

As part of the Series 5 release, players will be able to purchase an Alternate Uniform Fantasy pack for 2,500 Training. The Fantasy Pack will provide 3 random Alternate uniforms. You can choose 1 of 3 random auctionable Alternate NFL uniforms from this pack. Uniforms will quicksell for 2,250 Training. To view a comprehensive list of all the Alternate uniforms that will be available as part of the Series 5 release, CLICK HERE. 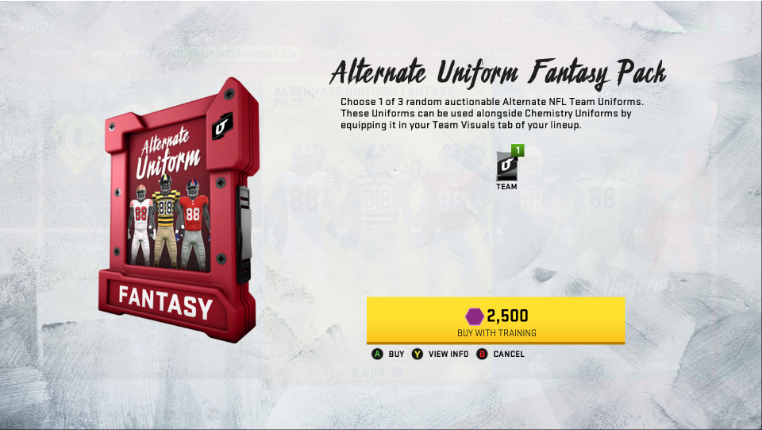 There are new Series 5 Multiplayer missions that reward you with Series 5 Trophies for winning online games. Completing the full list will reward you with an additional 100,000 coins. The following is a breakdown of rewards earned at each tier:

What are your thoughts on Series 5? Let us know in the comments below.