All week long, EA is going to be releasing the top 10 players at each position in Madden Ultimate Team. All these players are core elite players and are a great way to get your team started. The first players released are the running backs, for all of you tote gang members out there. No surprise seeing the top OVR running back to kick off the year being Derrick Henry. His 88 TRK and 87 BTK are certain to cause some problems for the defense. After a stellar rookie campaign, Jonathan Taylor comes in second (87 OVR) with Nick Chubb getting the honors of 3rd highest OVR at 86. Dalvin Cook, after another strong year in Minnesota, comes in at 85 OVR, and the injured wonder Christian McCaffery rounds out the top 5 at 84 OVR. Check out the full top 10 below and let me know who you are grabbing and who got snubbed! 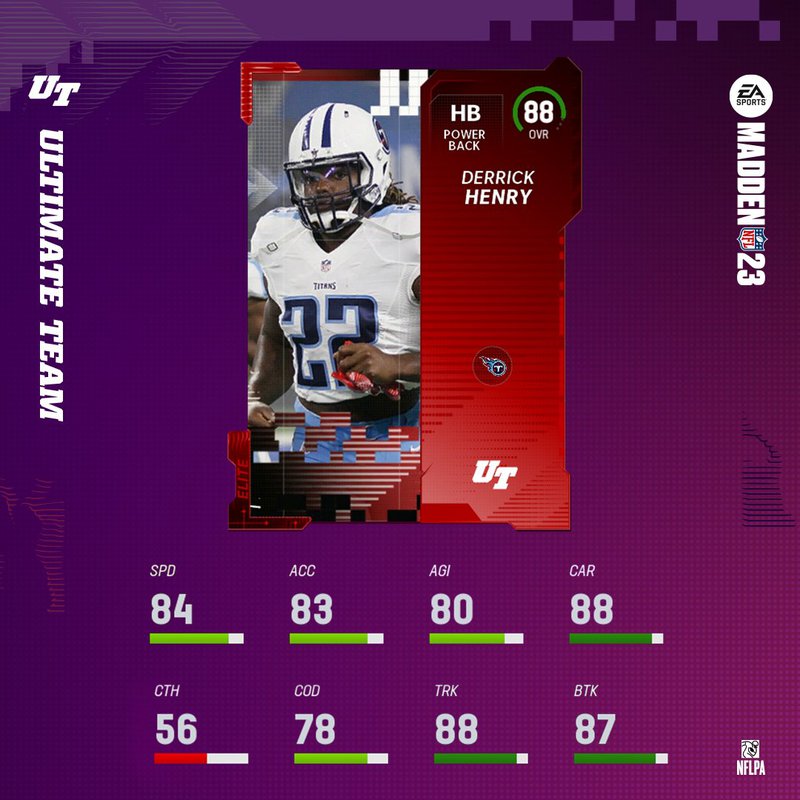