Time to head over to the defensive side of the ball, as we get some more reveals from Madden 23! These MUT items are the top 10 Safeties in MUT 23, all part of the Core Elite set. The top spot this year goes to Titan standout Kevin Byard, who is a Zone archetype with 88 ZCV and 85 SPD. The second spot goes to AFC Champion Jessie Bates III (87 OVR), who may be looking for a new team after this year if he doesn't get paid. 2 more Zone archetypes in the Top 4 as Adrian Phillips (NE) and another Titan in Amani Hooker come in at 87 and 86 OVR, respectively. Rounding out the top 5 is star of Derwin James vs The World Derwin James J4 as a Run Support SS at 85 OVR. Check out the full Top 10 below and let me know who you want and who got snubbed! 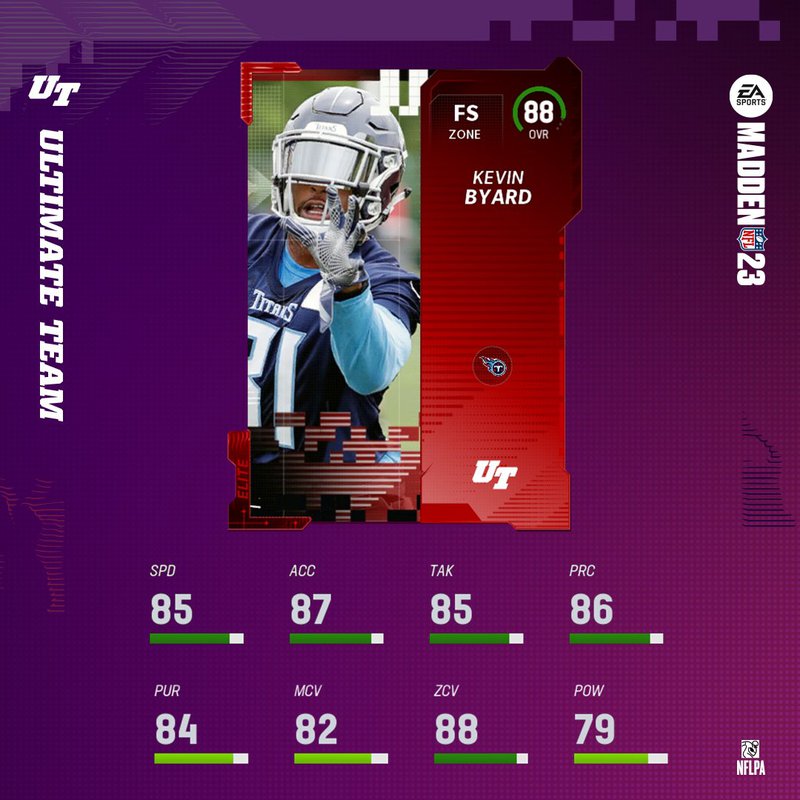