Yesterday, EA revealed some more Top 10 inside Madden Ultimate Team, with us getting a first look at linebackers. Let's first start with the Middle Linebacker group, headlined by (no surprise) 87 OVR Fred Warner. De'Vondre Campbell comes in second at 87 OVR as well with Demario Davis looking to get the Saints back to glory at 86 OVR. Bobby Wagner, after moving to a pretty good team in LA, rocks an 85 OVR and Lavonte David rounds out the top 5 at 84 OVR. Interesting note: Fred Warner has 86 speed on his Core Elite item, same as Jalen Ramsey the top Cornerback. Wonder what that's going to look like in game...

Let's move to OLB where TJ Watt, coming off another monster season in the Steel City, is the top rated OLB at 88 OVR. Joey Bosa is a full 2 OVR PTS behind Watt at 86 OVR with Darius Leonard, Von Miller, and Josh Allen rounding out the top 5 all at 86 OVR. Miller is the only one with lower spd (81 vs 82 for the other 3) but also has the best PMV and BSH of the other 4 86 OVRs. Check out the full top 10s below and let me know who you are grabbing and who got snubbed! 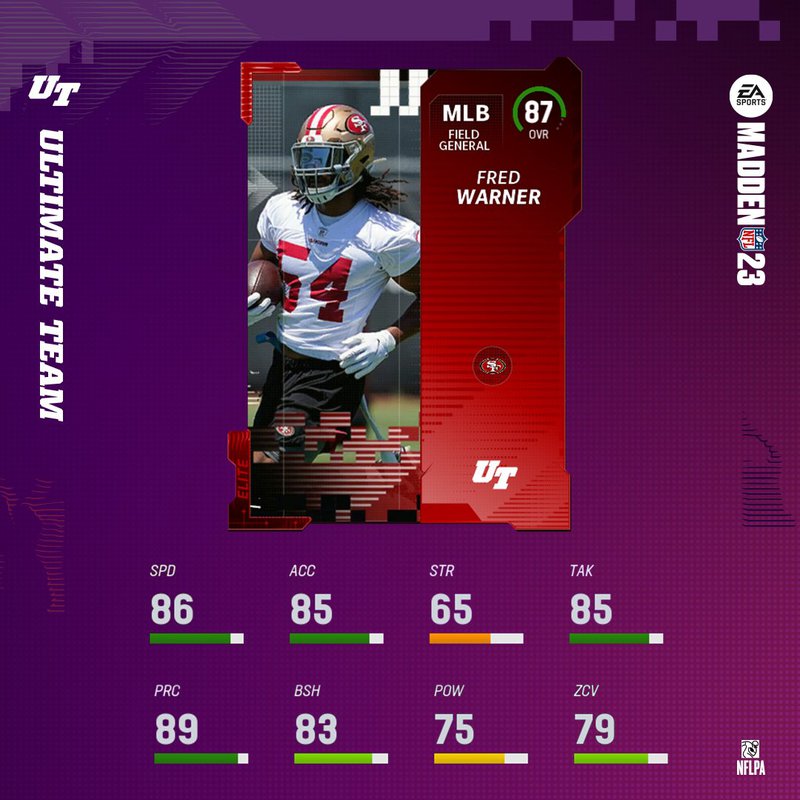 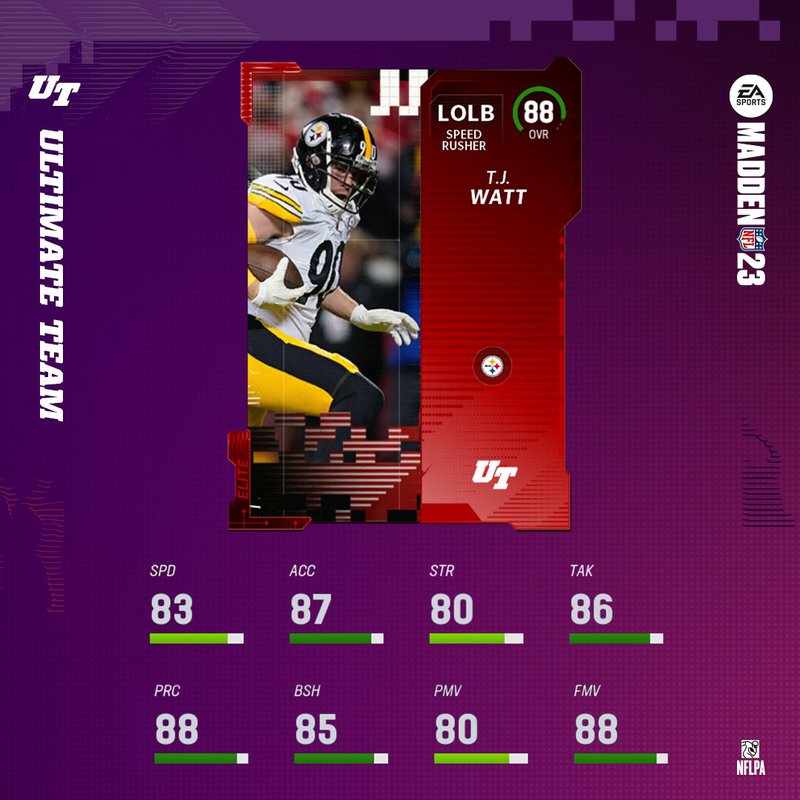