More reveals on the way for Madden Ultimate Team in Madden 23. This time, we are looking at the all important cornerback position. I would argue that early game getting some of these players might be the most impactful players on your team. EA has revealed the Top 10 Core Elite Cornerbacks to start the game and its no surprise that Jalen Ramsey is leading the way. JC Jackson, coming off a really nice season in LA, is an 87 OVR and a Slot archetype. Coming in 3rd is one of the most improved corners over the last couple of seasons in Xavien Howard at 86 OVR. Trevon Diggs the interception machine is an 85 OVR and rounding out the top five is Denzel Ward at 85 as well. Check out the full list below and let me know who you want to get and who got robbed! 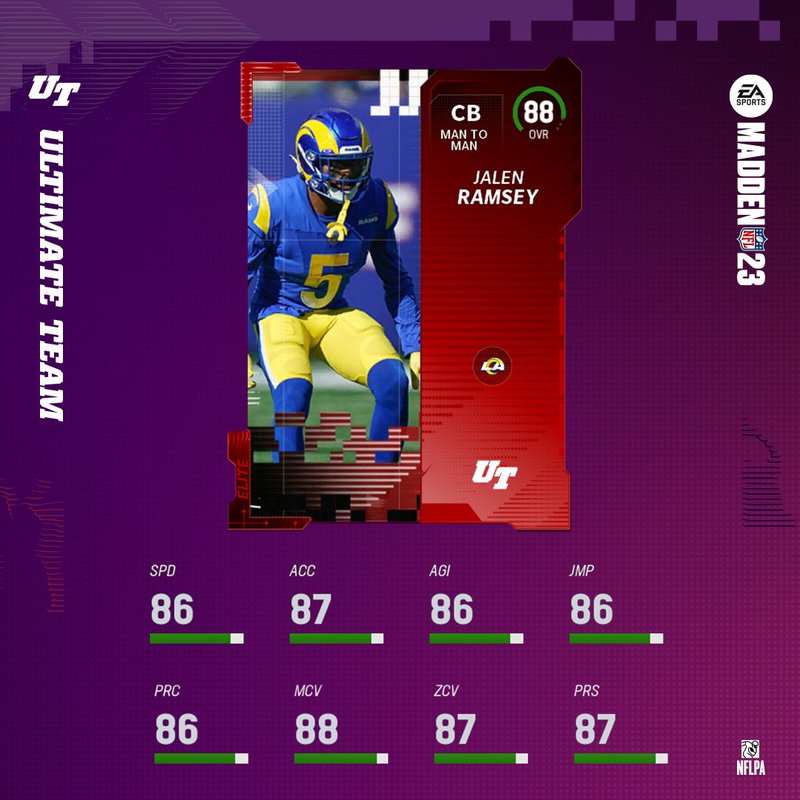