Scary Tall Masters can be acquired by finishing their respective sets.

The following new sets can be found in MUT with Part IV of the Most Feared Program: 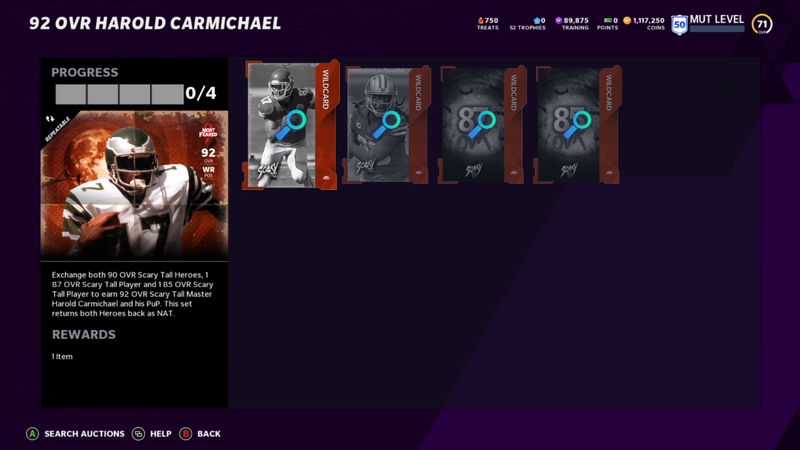 House Rules is an online head-to-head event that will only be available for 4 days. In today's version of House Rules, we are playing "Tug-of-Warlock". Each player will have 10 offensive plays, alternating between offense and defense on every play. The first to score a TD or the closest to their opponent's end zone after all plays are complete is the winner. Reach 25 Wins in this event to earn a NAT 87 OVR Scary Tall Player!

What are your thoughts on Most Feared Scary Tall? Share your feedback with us in the comments below.