The fourth member of the "99 Club" has been confirmed by EA as New England Patriots Cornerback, Stephon Gilmore. With 99 ratings in Man Coverage, Press, and Awareness, Gilmore is the definition of a lockdown corner in Madden 21. While leading the top-rated defense in the league during the 2019 NFL season, Gilmore recorded a league-leading 6 interceptions and returned 2 for touchdowns. He is also the first cornerback since Richard Sherman in 2015 to receive a 99 overall rating in Madden and enter the club. 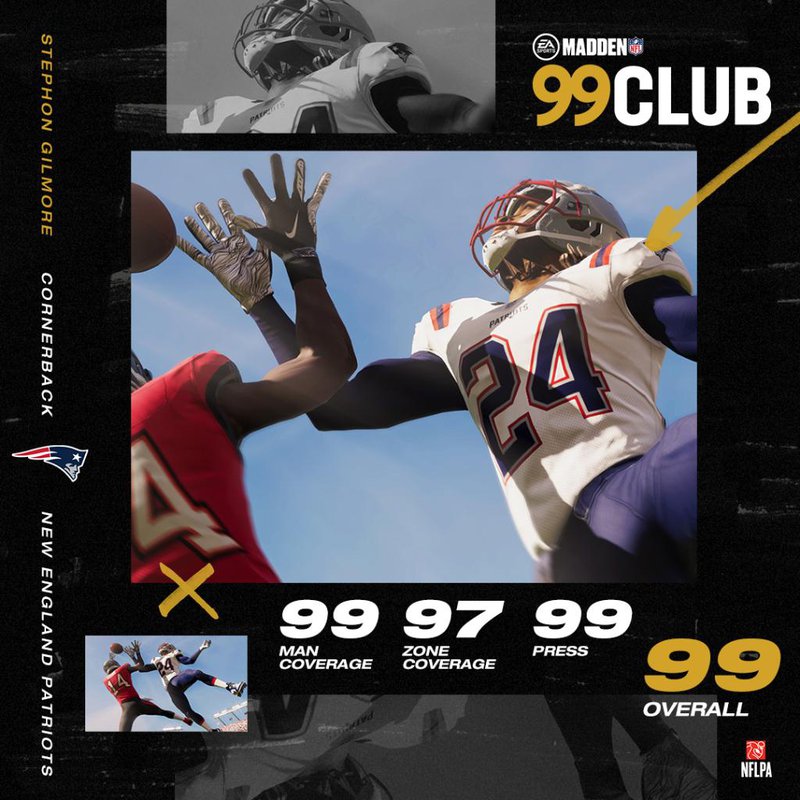 In addition to the Gilmore news, EA also revealed ratings for the top D-Line/LOLBs and rookie CBs in Madden 21, check them out below:

Share your thoughts with us on the latest ratings reveal in the comments below.