EA has officially confirmed the second member of the 99 Club and it is none other than Christian McCaffrey. The Carolina Panther is coming off a Pro Bowl season that saw him rack up over 2300+ total yards from scrimmage and 19 total TDs. Like Mahomes yesterday, this is McCaffrey's second year making the 99 Club, but his first year being rated 99 on day one. "Run CMC" is the first halfback since Adrian Peterson in Madden 25 (2014) to earn 99 Club honors.

To see McCaffrey's former college teammate, Barry J. Sanders surprise him with the news, check out the video here. 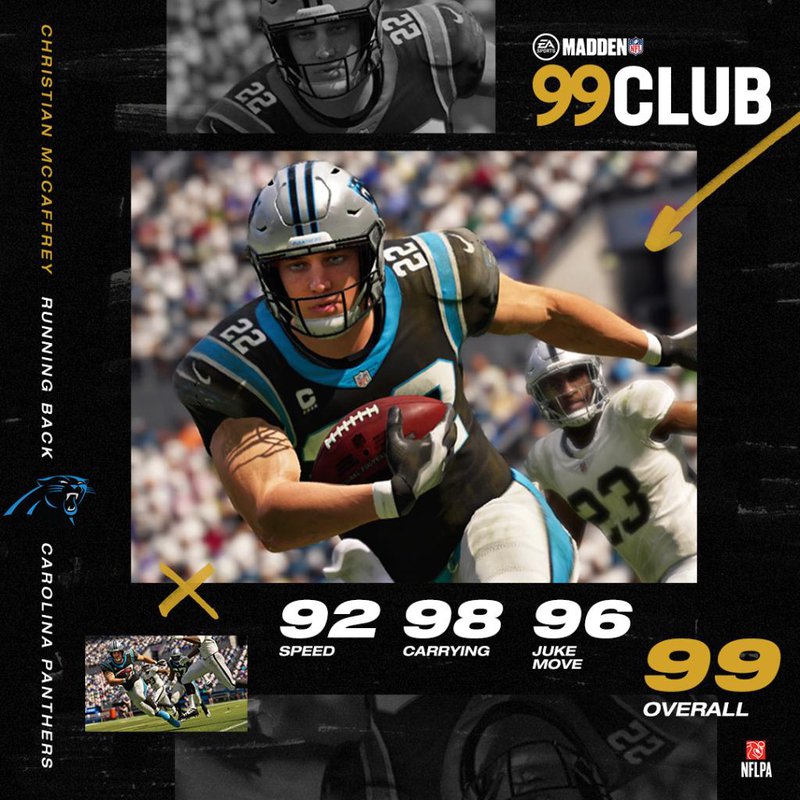 In addition to the second 99 Club member, EA has also released the top 10 QB and Rookie HB ratings for Madden 21. Check them out below:

Be sure to check back the rest of the week for more Madden 21 rating reveals and tune in to the SportsCenter special on ESPN this Friday, July 17th at 7 pm ET.

What are your thoughts on all of the latest Madden 21 OVR reveals? Share your take with us in the comments below.