Fresh off a monster 2019 NFL Season that saw him win AP Offensive Player of the Year honors, Michael Thomas rounds out the 99 Club for Madden 21! Last season, Thomas led the league in both receptions (149) and yards (1,725). His 99 Catching and 98 Catch in Traffic ratings seem appropriate given his eye-popping 80.5% catch percentage as Drew Brees' favorite target in the pass-heavy Saints offense.

To see Michael Thomas receive the 99 Club news and swag, click here to watch the video. 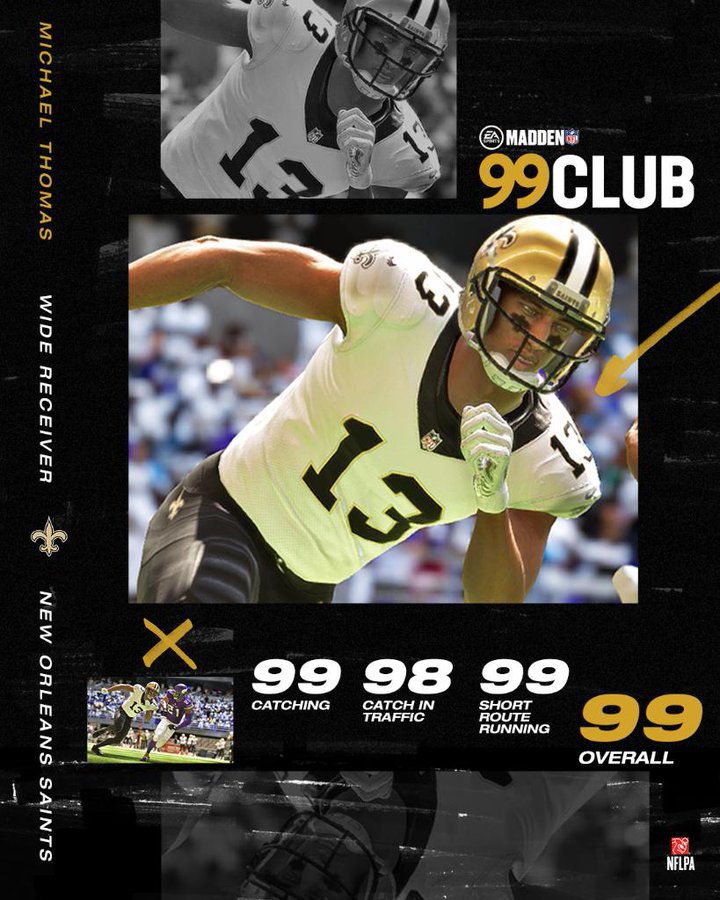 Along with rounding out the 99 Club, EA has also released the top 10 Safety and Cornerback ratings of Madden 21. Check them out below:

Be sure to tune into the SportsCenter special on ESPN tonight at 7 pm ET for more Madden 21 rating reveals and discussion.

What are your overall thoughts on the 99 Club members and the latest ratings revealed? Share your feedback with us in the comments below.