The Madden Club Championship has been narrowed down to 2 Madden Pros per team, one on each console. Starting today at 6 PM ET on the EAMaddenNFL Twitch Channel, these club winners will do battle to see who will represent their NFL squad in the Championship. Tonight's broadcast will feature the AFC West team winners with the NFC West winners doing battle tomorrow, 11/11/20 at 6 PM ET. Tune in each Tuesday for more Divisional matchups until we are down to 1 representative per NFL team. To celebrate the Club Championships, EA will be releasing new challenges each week that will reward you with your choice of a NAT 95 OVR Cardinals Champion for completing them all. Check out the new players, set, and challenges below:

*These player items will be Power Up eligible. 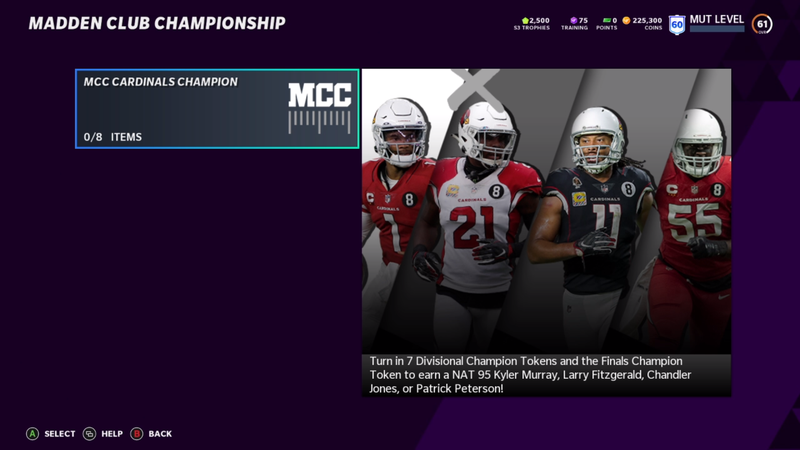 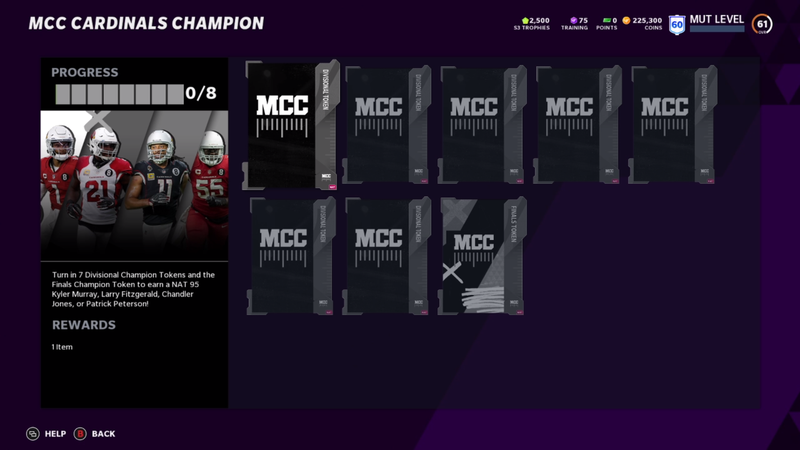 Earn MCC Divisional Tokens by completing weekly challenges and the MCC Finals Token starting January 21st to earn a NAT 95 OVR Cardinals Champion! These challenges come and go each week ending 12/29/20, so make sure you keep up with them before they expire! Starting on January 20, 2021, the Madden Club Championship Finals will drop a new set of 32 challenges! Play these to earn your Finals token and complete your set! 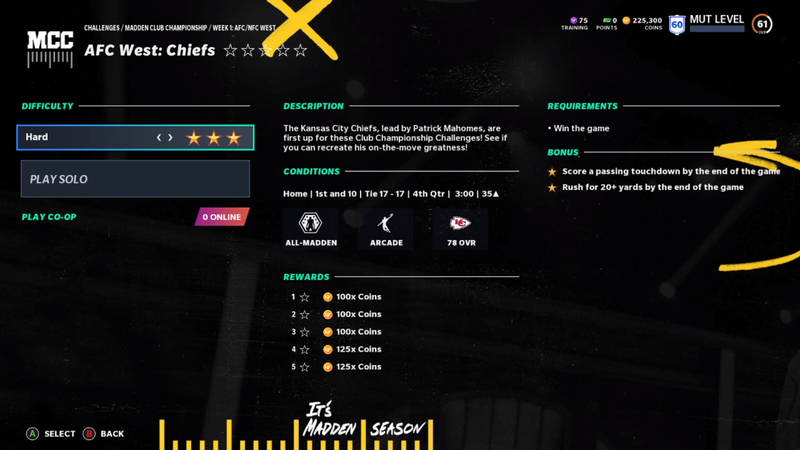 Which Cardinals Champion will you select if you finish your challenges?