With the start of the college football season upon us, it’s once again time for Campus Heroes to return to Madden Ultimate Team. A total of 33 87 OVR players were released into the game, as well as two Campus Champions, a Limited Edition player, and many 84 OVR and 80 OVR versions of the Campus Heroes.

The LTD is in packs for 48 hours, until September 3rd at 10:00 am, eastern time zone. It is none other than University of Texas legend, Ricky Williams! He comes equipped with Goal Line Back for 3 AP

Two 90 OVR Campus Champions were released into the game as well, Michael Crabtree and Derrick Johnson! 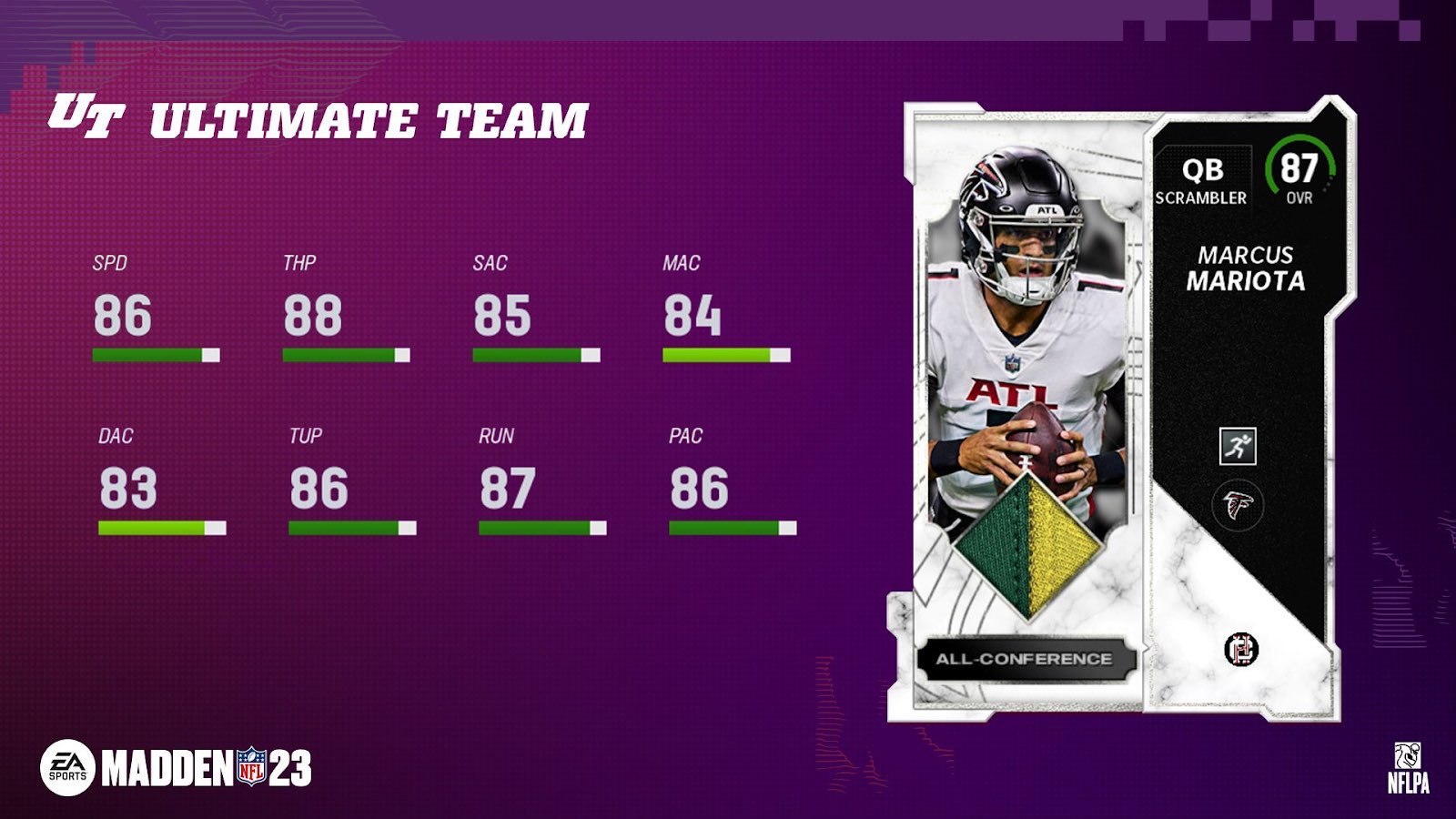 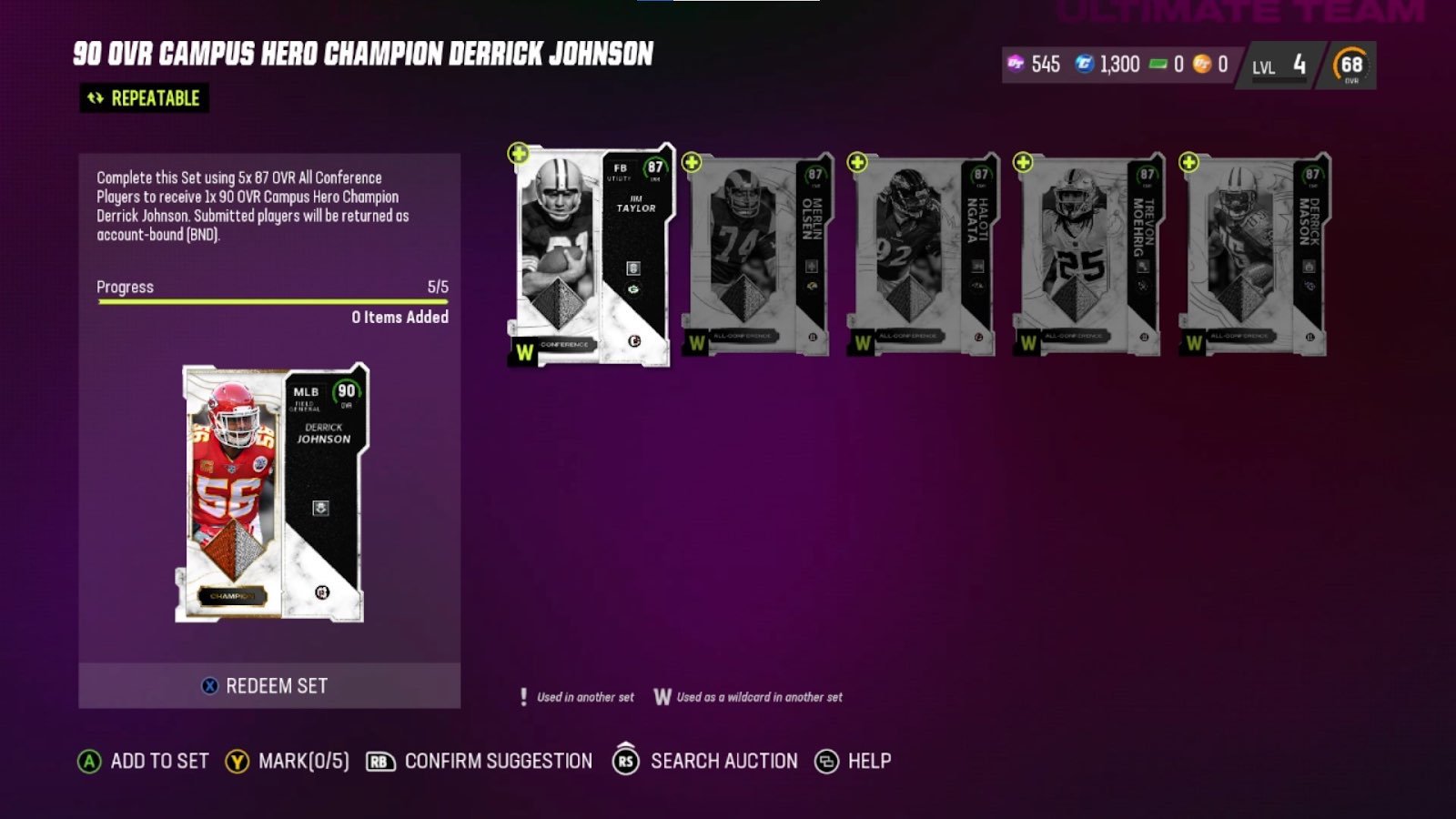 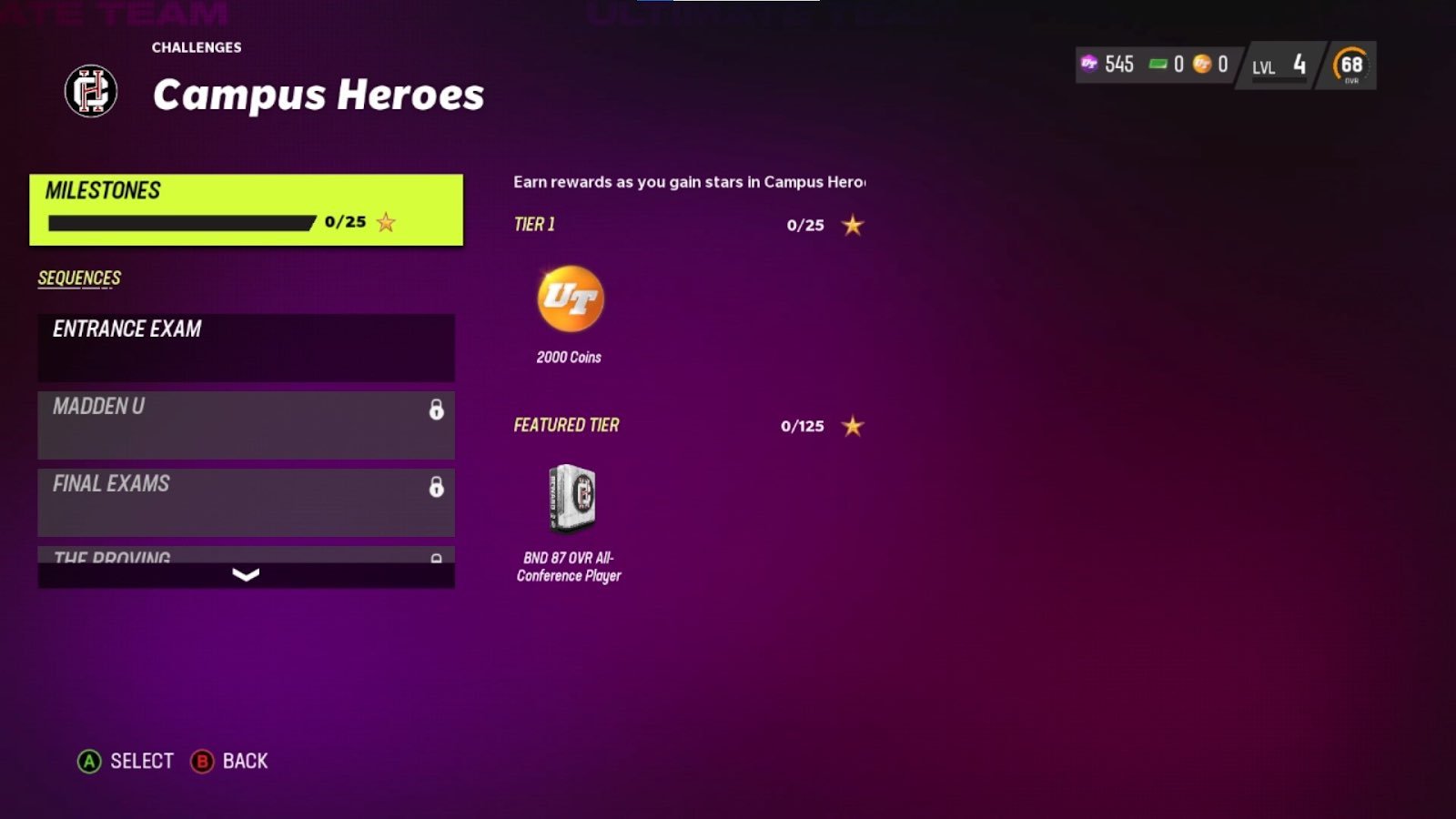 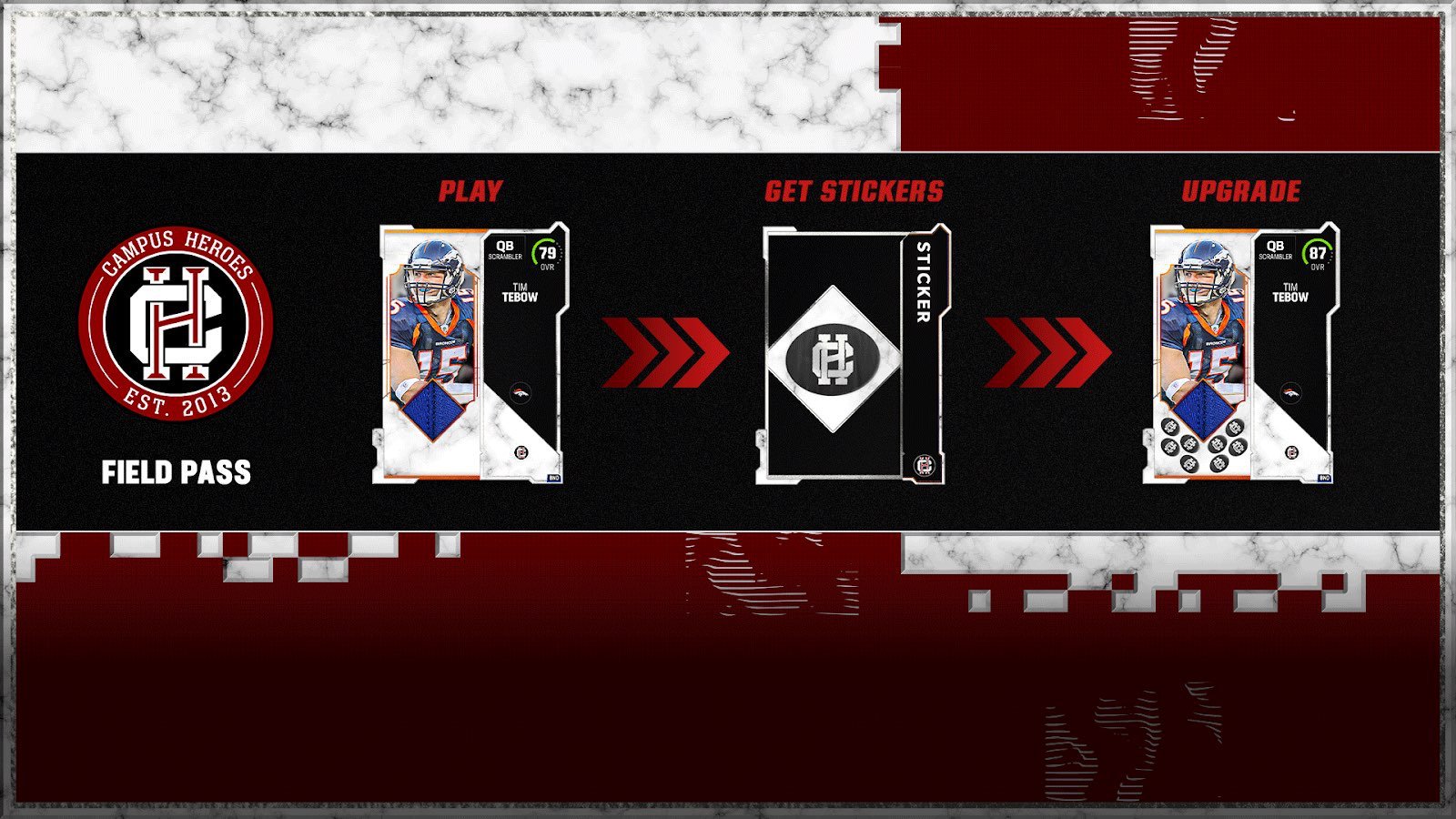 This house rules is a bit different. Sticking with the college theme, this edition of house rules is Standard College Overtime. It will be available until September 8th.

Scoring is also a bit different. You will need to earn a cumulative house rules score, called Credit Hours. Here’s how to earn them: 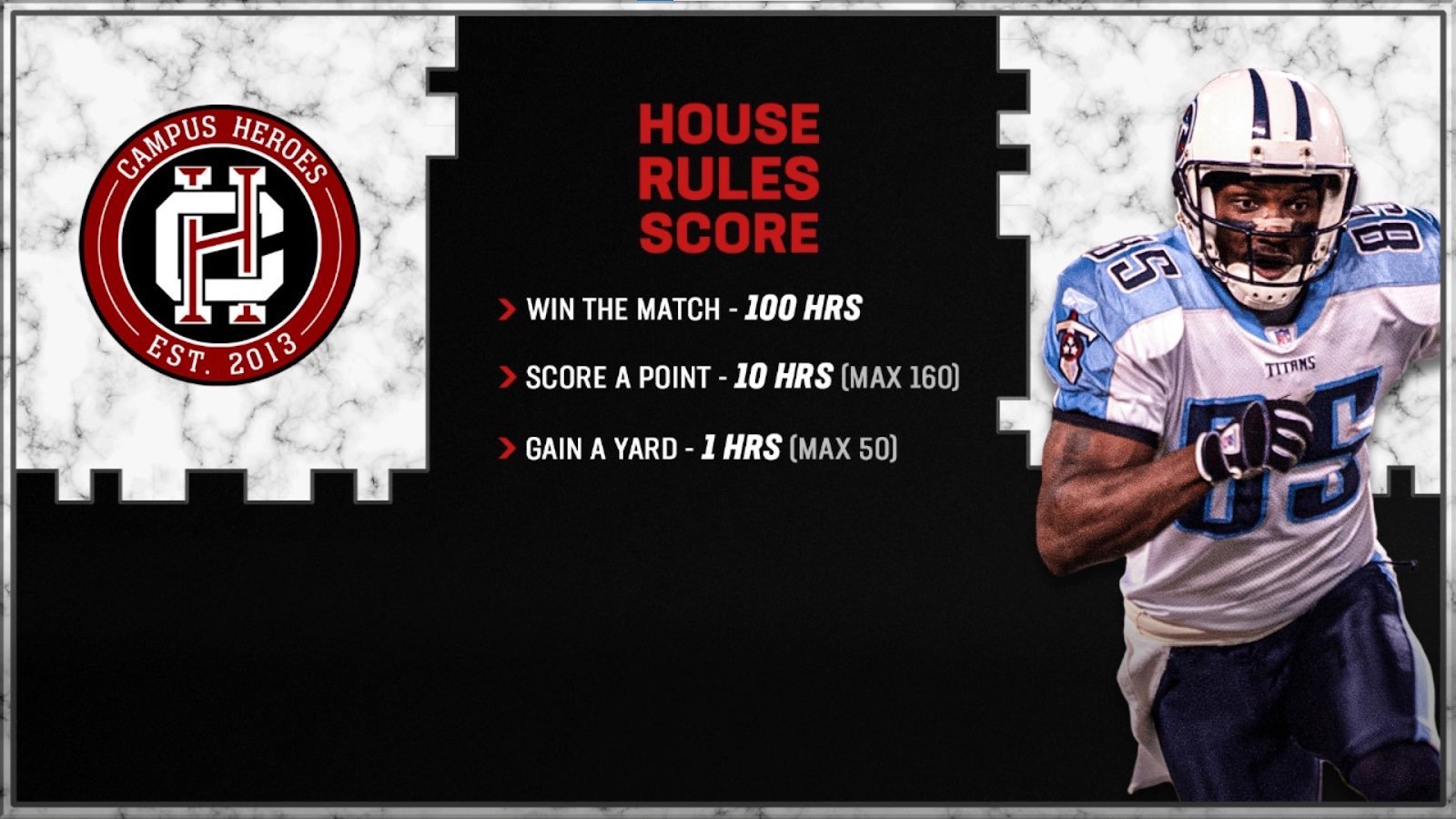 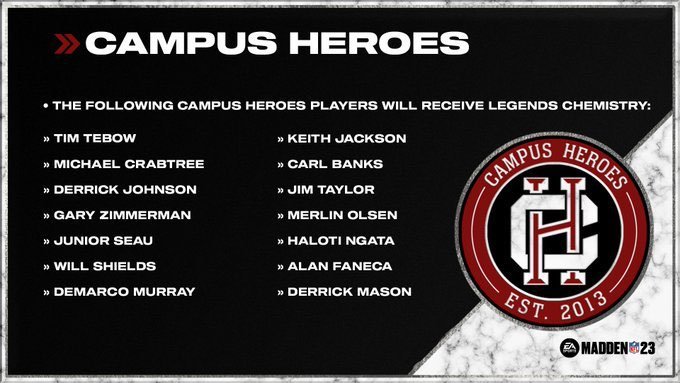 What are your thoughts on the M23 Campus Heroes program? Anyone get snubbed of a card? Let us know in the comments below!