A new batch of Campus Heroes released in MUT today, featuring 21x new 95 OVR Campus Heroes as well as an 85 OVR Underclassman version of each player. Similar to the Veterans Program, all of today's Campus Heroes get team chemistry for any team they actually played for during their career. Some Campus Hero items have secondary positions equipped. All of today's items can be found on the Auction House, acquired from the 95 OVR All-Conference Player set, or found in the 85+ OVR Campus Hero Player pack in the Store that costs 2,500 Training Points. Check out the Campus Heroes and their full ratings below:

The following teams listed next to each player are all of the teams that player recorded stats for during their career and SHOULD be their available team chemistries.

To view the 85 OVR Underclassman version of each of today's players, visit our database HERE.

The following new repeatable set can be found in MUT: 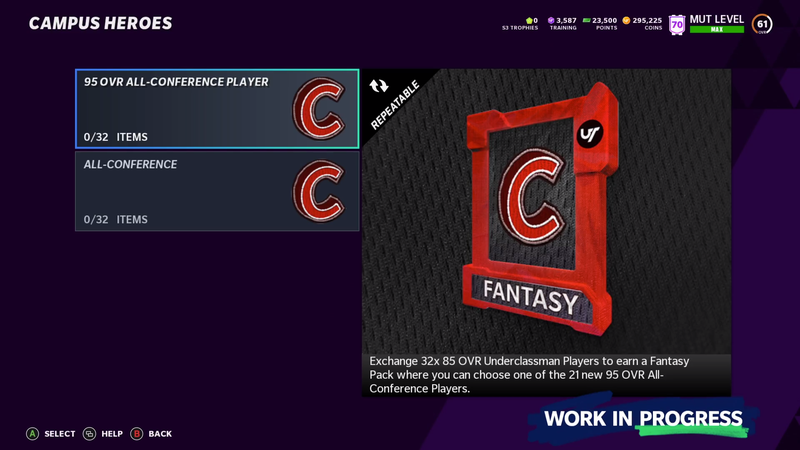 The following new items can be found in the Store for Campus Heroes (cost listed first): 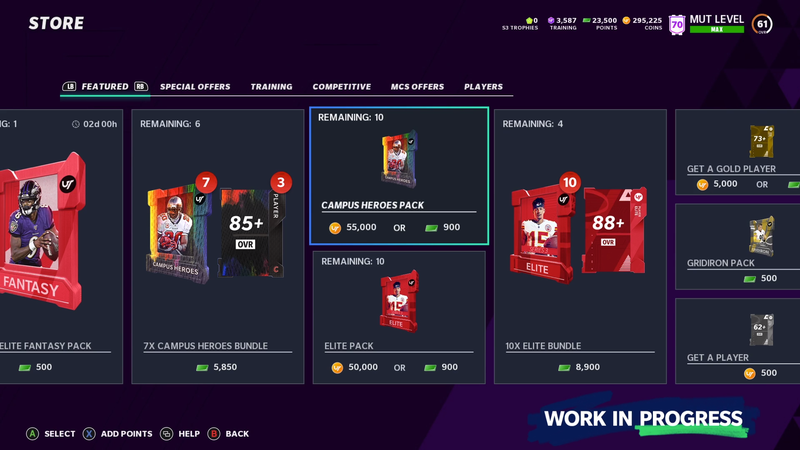 Besides today's Campus Heroes, the Power Up for Hines Ward was also released. Check out his Power Up below:

What are your thoughts on all of today's new Campus Heroes?