A new currency (Fallen Leaves) has been added to Madden Ultimate Team for Autumn Blast. Fallen Leaves can be earned by completing Autumn Blast Challenges and used to purchase Autumn Blast Player packs in the store, similar to Training Points.

When you first log into MUT, you will be awarded an Autumn Blast Welcome Pack containing an 81 OVR NAT Tony Romo. If you do not have any use for this item on your team, you can always quicksell for 85x Fallen Leaves.

Earn Food Collectibles from Autumn Odyssey challenges to upgrade the following Autumn Aces from 80 to 92 OVR (similar to Power Up items):

The following new sets can be found in MUT with Part 1 of the Autumn Blast Program: 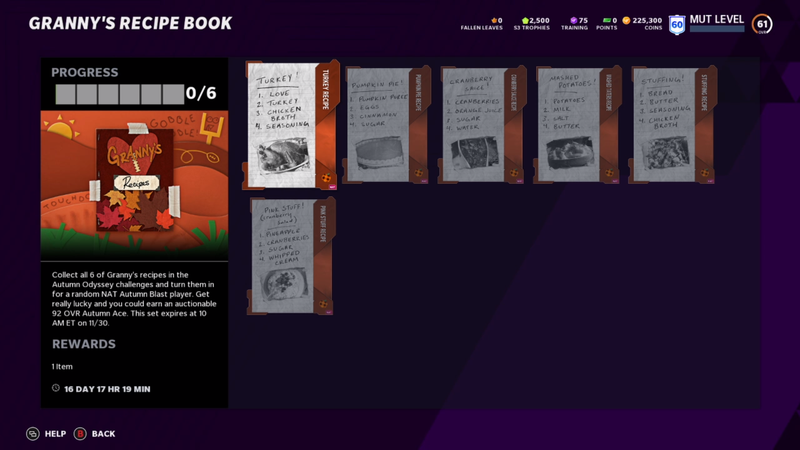 Play these challenges to earn an Autumn Ace player. In the challenges, you'll travel around the country to collect food items from his family. Feed the food to your Autumn Ace (put into upgrade path) to upgrade him from 80 to 92 OVR. 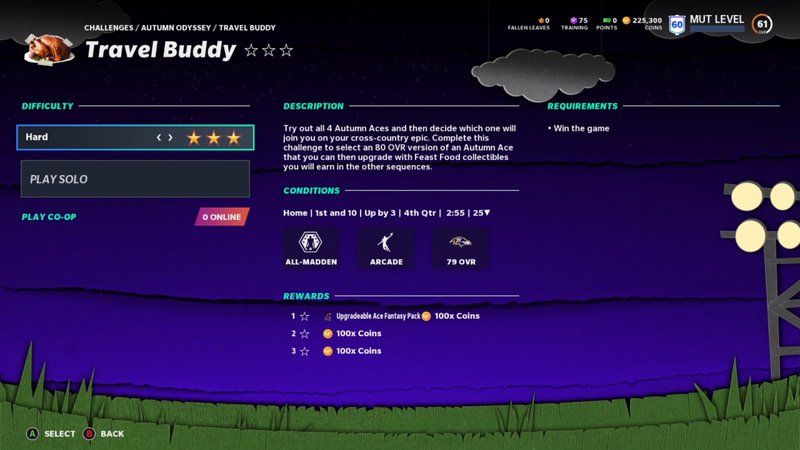 Play the Burnt Turkey challenges to earn an Elite Autumn All-Star player but don't get squashed by the hilarious puns. Depending on this player's performance on Thanksgiving Day, his item's stats might increase. These challenges expire at 10 AM ET on 11/26. 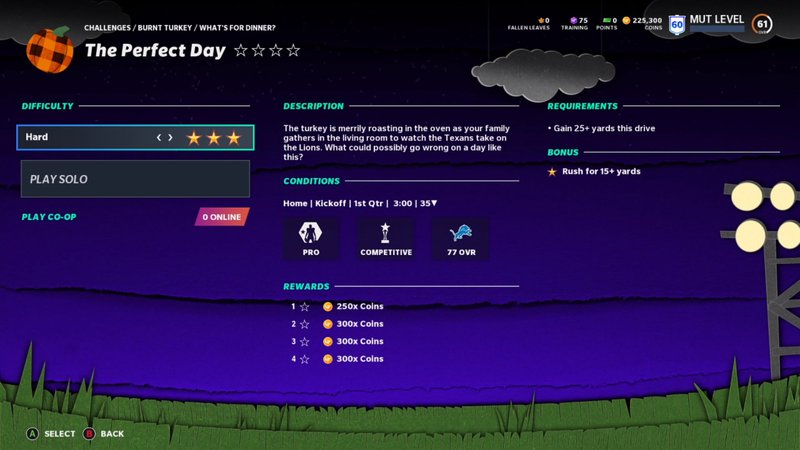 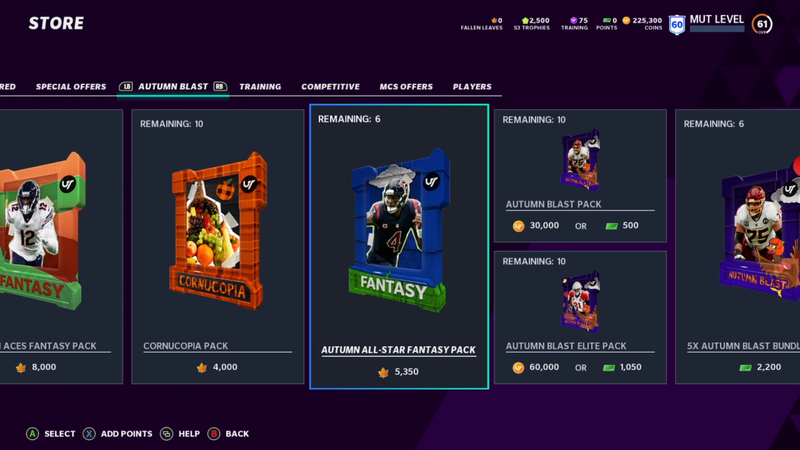 What are your thoughts on Part I of the Autumn Blast Program?